Theyyam (Teyyam, Theyam, Theyyattam) is a popular ritual form of dance worship in Kerala and Karnataka, India. Theyyam consisted of several thousand-year-old traditions, rituals and customs. The performers of Theyyam belong to the lower caste community in ancient caste structure formed by Namboothiri brahmins in Kerala, and have an important position in Theyyam. The people of these districts consider Theyyam itself as a channel to a God and they thus seek blessings from Theyyam. 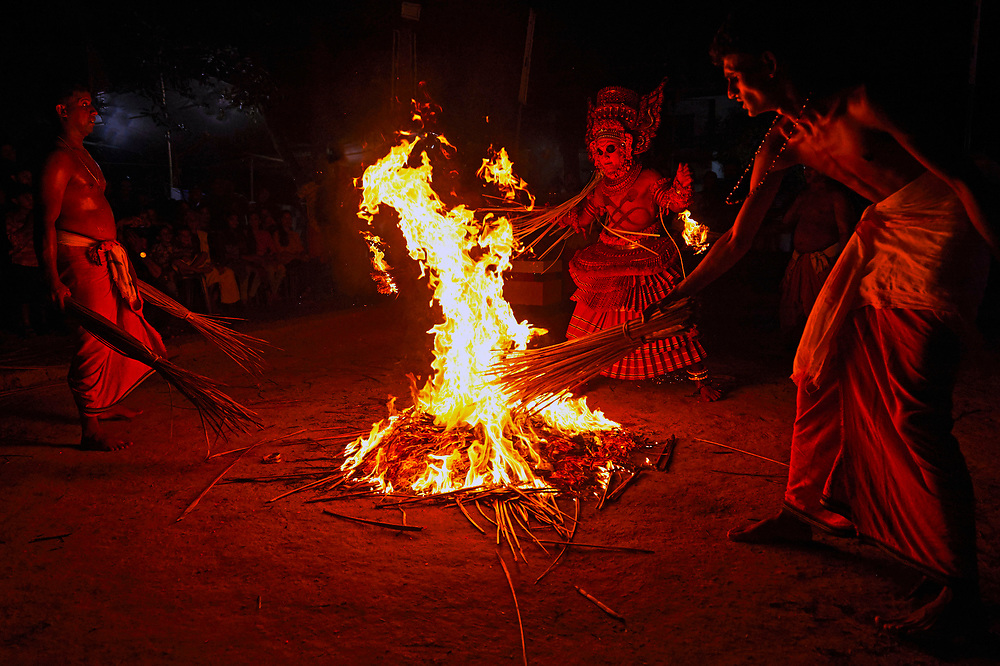