Interior of Haghia Sophia.Aya Sofia.Hagia Sophia (from the Greek: Ἁγία Σοφία, "Holy Wisdom"; Latin: Sancta Sophia or Sancta Sapientia; Turkish: Ayasofya) is a former Greek Orthodox patriarchal basilica (church), later an imperial mosque, and now a museum (Ayasofya Müzesi) in Istanbul, Turkey. From the date of its construction in 537 until 1453, it served as an Eastern Orthodox cathedral and seat of the Patriarchate of Constantinople,except between 1204 and 1261, when it was converted to a Roman Catholic cathedral under the Latin Empire. The building was a mosque from 29 May 1453 until 1931. It was then secularized and opened as a museum on 1 February 1935. The Hagia Sophia is part of the UNESCO World Heritage site in Istanbul. For almost a millennium after its construction, it was the largest cathedral in all of Christendom. It served as a center of religious, political, and artistic life for the Byzantine world and has provided us with many useful scholarly insights into the period. It was also an important site of Muslim worship after Sultan Mehmed II conquered Constantinople in 1453 and designated the structure a mosque. It would remain a mosque until being converted into a museum in the 1930s. 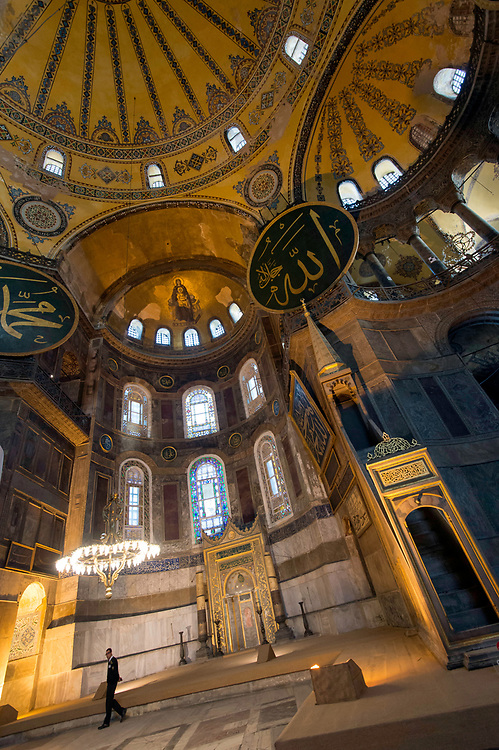